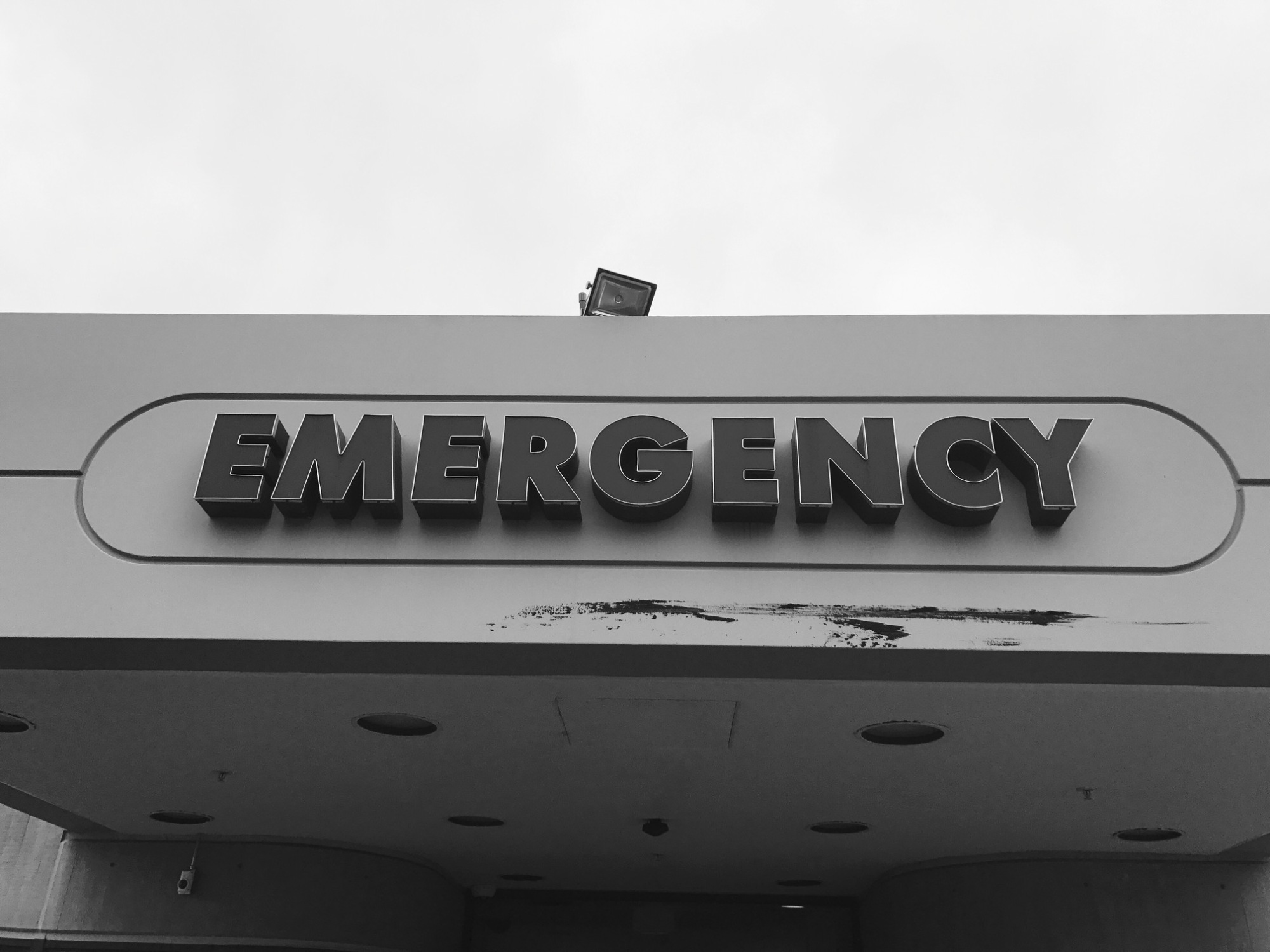 “I don’t know how you do it,” is a frequent comment regarding my job.  The hours are irregular to say the least.  I may start a shift at 7am or 3pm  or anywhere in between.  Weekends and holidays are practically guaranteed.  The shifts are different every day, every week, every month.  There can be blood.  People throw up, pee, and poop on the table.  I have to deal with people spazzed out on drugs on a daily basis.  Once or twice I’ve had to go in the bathroom to cry after seeing something particularly sad.  Such is the reality of a radiology tech.  And yet, I really like my job.  I can’t imagine trading it in for a 9-5 desk job.  First and foremost, I know that what I do matters.  I spend my 8 hours a day doing something that helps people.  Second, there’s no such thing as a boring day. You never know what’s going to happen next and it’s often interesting.  From the delicate positioning of a baby born only hours ago to wrestling a unconscouis 400 pound ICU patient over onto the CT table, from the construction worker with a roofing nail through his femur, to the kid who stuck something unmentionable into his unmentionables, there’s rarely a dull moment.  I can’t imagine sitting at a desk all day, every day, pretty much knowing how your entire day is going to unfold.  I am quite certain I’d end up like George on “Seinfeld”, sleeping in a tiny bed under my desk.  My job keeps me on my toes and often laughing.  Warning: the funny things that happen in health care are not always polite.

One of the first “memorable healthcare moments” I had, came when I was a student rotating through the local hospitals.  A homeless man had presented in the ER complaining of abdominal pain.  The doctor asked him the usual questions including if he had any idea why he was having this pain.  “No, no idea at all.  It just came on me all of a sudden, like.”  The man was sent to radiology.  An abdominal x-ray showed two peculiar shadows in the abdomen.  The doctor was puzzled.  He showed the man a copy of the film asking if he had any idea what these shadows could be.  The patient shook his head.  “No idea.  Argh, I’m in so much pain!  Can’t you get me some pain meds?”  The next step to unraveling this mystery was CT, a sort of 360 degree xray.  CT takes slices of the anatomy and reconfigures it in various planes allowing the doctors to see the anatomy from different angles.  The coronal images from the CT showed two torpedo shaped items in the transverse and descending colon.  The sagittal images showed slices of a…cucumber?  The physician returned to the patient with this new information.  “How is it that you have two cucumbers in your colon?”   “Oh that.  Well, you know, I was doing some drugs and feeling pretty good, and well, man, you know, things just happened fast!” To this day I find this a fascinating explanation as to how one ends up with two cucumbers in the colon.  I mean, really?  You think once you lost the first one, you’d call it a day…

Recently I was summoned to the recovery room to take some images of a woman who had just had a knee replacement.  She was a tiny, little old lady and was dressed in the usual get-up, hospital gown, and bouffant bonnet.  I gently shook her awake to let her know I would be taking some x-rays of her knee.  Her eyes popped open and she said, “My what pretty eyes you have!”  I smiled and said she was very sweet.  “And your teeth!” she exclaimed.  I turned to a nearby nurse and said, “Is it just me or am I in a strange version of “Little Red Riding Hood” right now?

I once walked through the double doors of ER to retrieve a patient for her CT scan. I came around a corner and nearly stepped on a large man crawling on the floor commando style, pulling himself along with his elbows (enter “Mission Impossible” soundtrack).  My eyebrows went up.  He ignored me and continued making his way towards the exit working his way along the corridor, one elbow at a time.  I stepped over him and up to the main workspace desk to ask my patient’s whereabouts.  As an afterthought I said, “Do you guys know there is a patient on the floor?”  (Enter needle screeching across record.)  “What! Where?”  “Right here” I said and shrugged, pointing at the floor.  Three or four nurses stood on tip toe to look over the high desk.  Much shrieking and stampeding ensued as the escapee was pounced upon and whisked back to his bed.

Last week a transporter named Eric brought me a patient for a CT scan.  The man was 91 and quite deaf.  He felt he was strong enough to get up off the gurney and transfer to the CT table as long as he had some help.  I took hold of both his hands and leaned back like a water skier and the old fellow arose from the gurney.  Suddenly he turned one of my hands over and kissed it.  “Oh!”  I was surprised.  “How sweet,” quipped Eric,   “What a gentleman.”  As the word “gentleman” left Eric’s mouth, the old man let out a reverberating fart.  My chin trembled with the effort of not laughing.  The old man smiled beatifically at me, blissfully unaware of his inappropriate punctuation mark.

An ancient and tiny Mexican grandmother came to me for a CT of the head due to a terrible headache.  As she lay on the table I asked her in Spanish if she had any metal bobby pins or hair clips in her hair.  She had an elaborate bandana wound around her head and I couldn’t see for myself.  She said no, but that she did have a “papa” in her headband.  Now depending on the way the word is pronounced this could mean that she had her father, a potato, or the pope in the bandana around her  head.  My Spanish is pretty good, but I figured I must have misunderstood so I asked her to repeat it.  She repeated the word “papa” and started to unwind the headband to show me.  I took a step back, uncertain if Pope Francis was about to spring out.  I wondered what the eternal ramifications of stuffing the pope in your headband might be.  But it wasn’t the pope.  It was two giant slabs of Russet potato, one on each temple, apparently an old folk remedy for curing  headache.  I’m going to posit that it didn’t work since she was in the ER. Perhaps she might find the pope to be more effective.  Or at least Yukon Gold next time…

This next story happened to my coworker in ultrasound.  We have a higher than average transient population in Santa Cruz.  Some of them are just passing through but many of them stay on for years and become a recognized part of the local “color”.  There is one man who is a regular who pushes his shopping cart around the same neighborhood and beach every day.  I know this because I used to live in his neighborhood.  The thing that makes this particular homeless man so recognizable is that his unmentionables are the size of a watermelon and he has an array of spandex pants he wears to cover himself. Black pleather, purple sparkles…hey man, if you’re going to fly the freak flag, fly it high and proud.  One day he came in to the hospital to have his business evaluated.  I can only imagine my coworker’s face when she received the order for a testicular ultrasound and then saw what she saw.  “I was flabbergasted.  I didn’t know where to start or what to do!”  She decided to call the radiologist in for back up.  The radiologist was astonished.  “How long have you been like this?”  “I don’t know.  A long time.”  “How did this happen?”  “Well, I sleep outside, you know?  I figure one night I was sleeping under a tree and probably a squirrel came and bit my nuts.”  In the end, the man decided he liked his nuts the size of a watermelon and left without treatment.  That’s nuts!

If there was a clinical diagnosis “Cuckoo for Coco Puffs” this patient would have had it.  Muttering to himself, grabbing at things in the air, he was clearly having some psychological issues.  I scanned his brain to see if there was any obvious reason for his state of mind.  When the scan was over, the transporter Rob came to take the patient back to his room.  “Okay, buddy, your test is over.  Let’s have you come back on to the gurney now.”  “Death!”  the man growled.  “I see DEATH!”  “Ok, come on back to your bed.”  “Do you HEAR me?  YOU ARE DEATH!” the man screamed, shaking with rage.  “Sir, we just need you to move off the CT table now,”  I said.  “AND YOU!  YOU ARE…”  he turned towards me, “YOU..oh.  Actually you’re pretty cute.”  Without further ado, he flopped off the CT table and onto the gurney.  Wow.

As I said, never a dull moment!